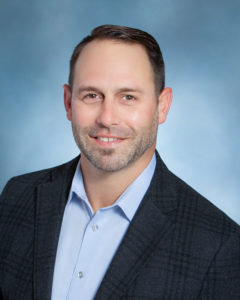 Linkedin Envelope
Craig H. Misrach is an 18+ year business executive with C-level executive operating, finance, and accounting experience. Craig founded Poppy Capital as way to help both peer entrepreneurs and business owners complete a sale of their own business and also lead, operate, and grow another new business to success and growth.
From 2006-2016, was the Founding Chairman & CEO of Freedom Meditech, a multi-product diabetes medical device company. As CEO, Mr. Misrach secured $15M in private capital, obtained FDA clearance (the first in the world for a non-invasive diabetes detection instrument), established global manufacturing operations, launched product in the US and Europe, and generated over $45M in enterprise value during his 8+ year tenure as CEO. The company completed a cross-border M&A sale of assets to Sinocare, LTD (China) in November 2016.
Mr. Misrach is an active Certified Public Accountant (C.P.A.) in the State of California and serves on the Board of Directors of several private companies (DME Innovations, Aculief) and the Jewish Community Foundation of San Diego (non-profit/endowment). Mr. Misrach has a B.S. in Accounting and Finance from Indiana University and a MBA in General Management from The University of Virginia Darden School of Business.
Learn More
In 2016 and 2017, Mr. Misrach served as an Investment Advisor at AB Bernstein ($530B in AUM) where he advised and prepared C-level executives and closely held business owners for M&A liquidity events and also deal sourced for several of the firm’s private equity/debt funds (each ~$1B to $3B in AUM) where investments ranged from ~$50M to ~$200M per transaction.
Mr. Misrach began his career at Deloitte from 1999 to 2002 where he was a Senior Accountant and audited several middle-market companies (private and public). From 2002-2004 Mr. Misrach was the Controller of Silvergate Bank & Capital Corporation (his client at Deloitte) where he was the primary liaison to executive management for the accounting and finance responsibilities of ~$500M in assets for the company.

Carlos is Co-Founder and Managing Director of The Operand Group. He is responsible for overall management and administration of the Firm’s investing activities in Search Funds. In his role, Carlos is also a Board Member at L.A.W. Publications and E-Card Systems. Prior to his current role, Carlos had 16 years of proprietary investment and operations experience in the equity derivatives industry.  Carlos was Chief Investment Officer for Spot Trading in Chicago from 2009-2015, managing all Trading, Equity Research, Financial Engineering and front-office software development activities. Prior to this experience, Carlos executed various trading roles successfully, and in so doing gained valuable process, technology, and management skills that he is eager to share with young entrepreneurs. When not investing in searchers, Carlos is actively involved as a Director for the Barrington Area Community Foundation and a Founding Board Member of INCubatorEdu. Carlos received his undergraduate degree in Civil Engineering from The Georgia Institute of Technology and his MBA from the University of Chicago Booth.

Michael Miles
Michael Miles is a veteran of search fund investments since 2009. He has served as a board member and trusted advisor for many search fund-backed enterprises, including successful outcomes with Innflux and Workplace Answers. In 2014, Michael co-founded The Operand Group a fund that invests exclusively in search funds.
Michael also has 25+ years of experience building, growing and operating recruiting businesses. In 1988, Michael founded SeatonCorp, a leading provider of recruiting, vendor-on-premise staffing and end-to-end supplier management solutions for strategic users of contingent labor. In 2014, Michael and his investor group sold SeatonCorp to True Blue (NYSE: TBI). Under Michael’s leadership, SeatonCorp grew from a staff of two to one of Crain’s “Largest Privately Held Companies” in Chicago, with more than 2,500 employees. SeatonCorp achieved consistent, organic growth resulting in a 20%+ compounded annual growth rate over a 25-year period, earning more than $700 million in revenue during 2014. Michael has been recognized with several awards including: the Staffing Industry Analysts’ Peter Yessne Workforce Innovator Award, a finalist in the Ernst & Young Entrepreneur Of The Year® program, and is listed on The Staffing 100 (the 100 most influential people in the staffing industry). In 2012, Michael founded INCubatoredu (non-profit), a national program teaching high school students how to start a business.  Michael is a Board member at Caravel, RIVS, EmployBridge, Insertech and Penn Foster. He is a member of the Economic Club of Chicago and earned a Bachelor of Science in Finance from Arizona State University. 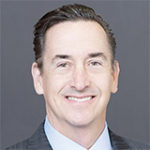 Rich is an entrepreneur in the truest sense – he sees opportunities, builds businesses that fill needs, and creates lasting growth. In 1987, he founded NIP Group, a national leader in insurance brokering and risk management. He quickly saw a need to improve the HR model for small businesses, and founded Extensis Group. Since being in business for two decades, Extensis Group has become a national leader in HR solutions for small and mid-sized businesses. He is CEO of both companies.

True to his life-long entrepreneurial spirit, he now enjoys partnering with and mentoring search fund entrepreneurs.  As an active search fund investor, he works closely with searchers at every stage to find, buy and build successful companies. He is well known for his availability, engagement level and is sought after for his practical business advice. 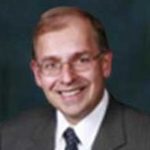 Larry is an accomplished financial professional with over 30 years’ of diverse experience. He has generated substantial value in high growth environments by delivering solutions in a wide array of areas, including organizational strategy, corporate development, financial reporting, cost reduction, cash flow and working capital management, and process improvement. In addition to his role at Endurance, he is the CFO of NIP Group. Prior to joining NIP Group, he was Managing Director at Ally Financial and a Director of M&A and divisional CFO at AIG. He began his career at KPMG. Larry graduated from Pace University eanring a BBA in Accounting with highest honors. Larry is also a Certified Public Accountant.

Larry, similar to Rich, enjoys working closely with searchers at every stage supporting their goals to build a great company while becoming a highly successful CEO. He is committed to lend his expertise to, and generously collaborates with, all members of the search fund community.

Larry serves on the board of Housing Wire and World Wide Security.

Lew Davies founded The Cambria Group in 1996 and is its Managing Principal. He is an experienced private equity investor, having previously been a Principal in the leveraged buyout groups of both Brentwood Associates and The Fremont Group. He also served in both operating and finance roles with Bechtel Group and Chevron Corporation. Mr. Davies brings experience in all stages of the private equity process, identifying and sourcing opportunities, arranging financing for transactions, building management teams at both the functional and executive levels, assisting with portfolio company acquisition and divestiture programs, and exiting investments. He currently serves on seven corporate boards, as well as serving on the Board of Overseers of the Hoover Institution and the Advisory Council of the Stanford University Graduate School of Business; previously, he served as a National Trustee of the Boys & Girls Clubs of America and a Trustee of the Monterey Bay Aquarium. Lew holds a Bachelor’s degree in Industrial Engineering, with distinction, from Stanford University. He also received an MBA from Stanford University’s Graduate School of Business, where he was an Arjay Miller Scholar.

Mr. Lajous is a Principal with The Cambria Group, working in the firm’s Dallas office. He participates in all aspects of Cambria’s activities, focusing equally on originating and evaluating investment opportunities, negotiating and arranging financing for transactions, and providing oversight for the firm’s portfolio companies. He has experience both as a member of and observer to the boards of directors of several private companies.

Prior to joining Cambria, Mr. Lajous was a consultant at The Boston Consulting Group, a boutique management consulting firm, working in Dallas, Texas and Buenos Aires, Argentina. At BCG, he advised clients in the transportation, energy and telecommunications industries on a variety of issues ranging from strategy and operations to merger and acquisition activity and due diligence.

Earlier, Mr. Lajous focused on logistics and operations in the consumer packaged goods industries, working for Procter & Gamble in Canada and Mexico, as well as Pillsbury in Canada. He also draws on broad experience developed leading projects in inventory control and supply chain management for these companies. 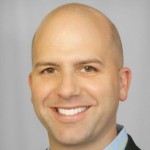 Andy founded Aspect Investors in mid-2012, initially as a vehicle for personally investing in search funds and their operating companies. In 2016, he expanded the team to include Brad Buser and B.A. Cullum. In mid-2017, Aspect began investing outside capital under a traditional fund structure to expand upon the investment thesis and platform that Andy had built.

Prior to Aspect, Andy was CEO and Co-Founder of his search fund’s operating company, Behavioral Health Group (BHG), an outpatient substance abuse treatment company. Under his leadership from 2006-2012, BHG grew from infancy into one of the largest providers of opioid addiction treatment services in the U.S. BHG was a three-time winner of the Inc. 500|5000 award (2010, 2011, 2012), where the company was ranked the 18th fastest growing private healthcare company in the U.S. (2010), and the Dallas 100 award (2009, 2010, 2011). From 2004 to 2006, Andy was Co-Founder and Managing Principal of VantageCap Partners (VCP), the search fund that launched BHG.

Andy is a recipient of the Ernst & Young Entrepreneur of the Year Award, Southwest Region (2011), and is a member of Young Presidents’ Organization (YPO). He has served as Co-President of the Dallas Chapter of the Stanford GSB Alumni Association, as a Board Member of the University of Texas Silver Spurs Alumni Association, and as an advisor and board member to community- and faith-based organizations.

He and his wife, Ann Marie, and their seven children reside in Dallas.

Brad Brown is the managing director of Bradford Brown Capital Partners (BBCP), a private investment partnership that invests in search funds and profitable small-cap companies. He has over fifteen years experience in small-cap growth investing, and has acquired over 50 operating companies across different industries.  Brad is on the board of five private growth buy-outs:  Blue Sky Network, ISI Telemanagement, Attainia, CloudX, and D2C Brands.

Mr. Brown is also a Senior Partner Emeritus of McKinsey & Company, where he advised senior executives on their most important business technology issues. He was a senior member of the Digital Technology practice, and the global leader of the Big Data practice, and worked with clients to implement strategies around digital, automation, analytics, cloud, and agile.  He was central to the build-out of the McKinsey Analytics Nerve platform, Data Cloud, and also worked in Fintech, InsurTech and the Global Insurance Technology practice. 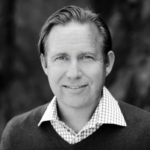 Prior to Archipelago Ventures, Mr. Bergstrand owned and managed a custom boat building business based in Massachusetts. He also served as chief financial officer at institutional brokerage Enskilda Securities, Inc in New York City and held operational positions for the Swedish banking group SEB in Singapore and the United States. Mr. Bergstrand holds a Master’s degree in Finance from the School of International and Public Affairs at Columbia University and a Bachelor’s degree from Bryant University in Rhode Island. 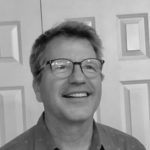 Craig Jones is a 33 year veteran of the venture capital and private equity industries and currently runs the private equity firm TPE Boulder. He has invested extensively in software businesses, leading investments in over 60 companies.

Mr. Jones has participated as a member of the Board of Directors of the National Venture Capital Association, and has founded a charter elementary school. He lives in Boulder, Colorado with his wife and kids. 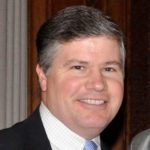 Joe joined Housatonic Partners in 2001 and has been involved in numerous investments in a variety of industries since then.

Joe was a Managing Director at Hellman & Friedman before joining Housatonic. During his twelve-year career at Hellman & Friedman, he was involved in several of the firm’s recurring services, media and communications investments. Earlier in his career, Joe was employed in the Merchant Banking and Mergers and Acquisitions departments at Morgan Stanley & Co.